5 REASONS TO INCLUDE THE KETTLEBELL SWING IN YOUR TRAINING PROGRAM 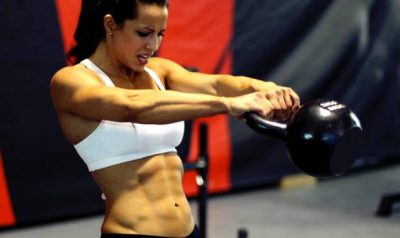 The Swing exercise is the foundation of hardstyle kettlebell training methodology and an essential exercise in our training programs at The Strength Clinic. The hardstyle Swing is an explosive movement characterized by a vigorous and complete extension of the knees and hips (in the top position) preceded by near maximal hip flexion and slight knee flexion (in the bottom position). The Swing is known for its effectiveness in improving performance in daily life activities as well as performance of athletes of the most varied modalities, from long distance runners to combat sports, among others. We can point out five reasons that make the hardstyle kettlebell Swing an exercise of choice for athletic development:

Indeed, the inclusion of the kettelbell Swing is a wise choice when structuring a well-rounded training program. The Swing is also highly versatile in terms of programming. By combining different loads, number of repetitions, rest periods and variations of the exercise (e.g. two-handed Swings, one-handed Swings, double Swings, dead stop Swings), one can easily shift the pointer in order to work on specific adaptations of the strength continuum (i.e. from the maximum strength end to the muscular endurance end) as well as on the various energy systems. And all this in a very safe way!