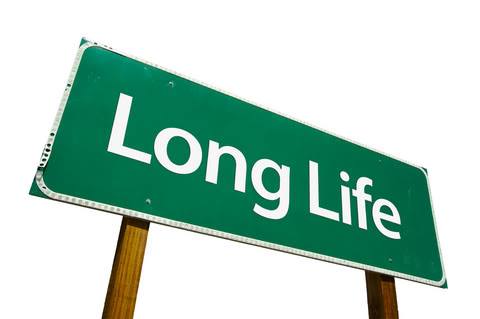 What mechanisms underlie the effects of calorie restriction or intermittent fasting on longevity and “age-related diseases”?

Aging has been characterized by several authors as a process of progressive deterioration of molecular, cellular and tissue structures and functions that is conditioned by genetic and environmental factors (Hu & Liu, 2014). This multifactorial and complex process resulting from this progressive loss of function makes the individual more vulnerable to disease and ultimately leads to death. The main determinants (resulting from genetic predisposition and environmental factors) that characterize the aging process at the cellular level have been identified as: free radical damage; mitochondrial dysfunction results in an accumulation of reactive oxygen species (ROS) and consequent oxidative stress; decrease and inefficiency of autophagy (an evolutionarily conserved process of recycling and “cellular waste removal” that is essential for cellular integrity, more details a bit ahead); changes in hormone-related signaling processes such as type 1 insulin-like growth factor (IGF-1), insulin and growth hormone; change in cholesterol and glucose metabolism; telomere shortening (Testa et al., 2014).

Now it seems that the aging process is indeed multifactorial. Probably the various aging theories (see part 1) are correct! In general, molecular processes are becoming more inefficient, slower and the system is progressively moving towards entropy. However, it seems that knowing the autophagy process (whose decline is associated with aging) may offer a “new” perspective on aging. Autophagy (or “self-digestion”) has been defined as an evolutionarily conserved (normal and important) catabolic process characterized by degradation in the lysosomes (cell organelle that functions as a “litter”) of damaged organelles, “defective” proteins and intracellular pathogens (Lavallard et al., 2012). Autophagy provides macromolecule degradation and recycling, not only providing new nutrients and energy during energy restriction (during calorie restriction or fasting), but also preventing the accumulation of cell metabolism by-products and protein aggregates in the cytoplasm. Therefore, autophagy is a protective and essential process for cellular homeostasis (Rubinsztein, Mariño & Kroemer, 2011) (note: rest assured that autophagy will “eat all the muscles” for a few hours without eating. That simply does not happen!). In fact, several authors have pointed deficient autophagic capacity as an important mediator of cellular senescence and consequent occurrence of “diseases or characteristics of old age” such as cardiovascular and neurodegenerative diseases; oxidative stress; weak immune system; chronic inflammation; osteoporosis; sarcopenia; diabetes; obesity; cancer (Pallauf & Rimbach, 2013; Pyo, Yoo & Jung, 2013). Specifically, reviews of mechanistic animal studies have indicated that loss of function in autophagy-related genes has resulted in intracellular accumulation of defective proteins and organelles and consequently in the acceleration of aging, while promoting autophagic activity increased life expectancy (Yen & Klionsky 2008)

(Note: Autophagy mechanisms have been in the mainstream news since 2016 with the Nobel Prize in Medicine 2016 awarded to the Japanese biologist Yoshinori Ohsumi. Their findings in autophagy mechanisms point in the direction that this cellular cleaning and recycling process is essential to prevent neurodegenerative and other diseases. This is the LINK for the news article).

Overall, and since the first rat studies by Dr. Clive McCay in 1935, calorie restriction has been extensively reviewed and recognized as a “potent” anti-aging strategy! Interventions in various types of animal species (from invertebrates to larger mammals such as primates) have shown that calorie restriction (without malnutrition) not only increases life expectancy (average and maximum), but delays the onset of so-called “age-related diseases ”(Martin, Mattson & Maudsley, 2006; Xiang & He, 2011; Lee & Min, 2013; Kitada & Koya, 2013b; Szafranski & Mekhail, 2014; Testa et al., 2014). The intermittent fasting regime (nothing more than another calorie restriction strategy as described in part 1 of this article) seems to offer the same kind of benefits (Martin, Mattson, & Maudsley, 2006; Robertson & Mitchell 2013).

Now the mechanisms by which calorie restriction or fasting induce health benefits appear to be (to a large extent) related to this antagonistic relationship between insulin signaling and autophagy. It is easy to understand, being autophagy a catabolic process (essential, normal and protective, I highlight that again) and the activation of insulin signaling pathways an anabolic process (equally important and essential in protein synthesis, insulin is not the “villain”), when one of these pathways is activated the other will be inhibited. Practically speaking, fasting activates the autophagy “machinery” and eating a meal (mainly containing protein and / or carbohydrates) activates the insulin signaling “machinery”. What seems to be essential is in fact that there are periods that allow the process of elimination and recycling provided by autophagy, and for this to happen it is necessary not to eat for a while. If there is no “room” for this process, due to constant food intake, it may lead to constant and “aberrant” insulin signaling state which may lead to many diseases that are usually associated with poor glucose and insulin metabolism which make the most of the so-called “age diseases”.

(Warning: the “less nerds“ should skip next paragraph)

Briefly, some of the mechanisms identified in animal studies that appear to underlie the health benefits induced by caloric restriction or intermittent fasting through regulation of autophagy and insulin pathway signaling are: 1) Inhibition of insulin / IGF-1signaling (due to the decrease in circulating amino acids and glucose) and its target pathways protein kinase B (PKB) / mammalian target of rapamycin (mTOR) ; 2) Activation of the sirtuin 1 pathway (SIRT1) due to the increase in NAD + / NADH ratio, which targets include activation of adenosine monophosphate protein kinase (AMPK), forkhead box O (FOXO) transcription factors, proliferator- activated gamma receptor-1-alpha coactivator (PGC-1α) (a mitochondrial biogenesis factor), and inhibition of the pro-inflammatory transcription factor NFkB; 3) Activation of the AMPK pathway due to the intracellular increase of the AMP / ATP ratio, which in turn induces up-regulation of FOXO and PGC-1α transcription factors and inhibition of the PKB / mTOR pathway. (Martin, Mattson & Maudsley, 2006; Han & Ren 2010; Rubinsztein, Mariño & Kroemer, 2011; Yen & Klionsky, 2008; Xiang & He, 2011; Pallauf, & Rimbach, 2013; Pyo, Yoo, & Jung, 2013; Hu & Liu, 2014; Szafranski & Mekhail, 2014; Amigo & Kowaltowski, 2014; Testa, G. et al., 2014; Madeo et al., 2015).

In conclusion, the effect of caloric restriction or intermittent fasting on the regulation of insulin signaling and autophagy seems to emerge as a central regulatory axis that deserves attention (at least from me).

In the third part of this article I will then discuss what may be practical implications and applications of calorie restriction or fasting. Should we all do calorie restriction? Permanently? For how long? How much? What stage of life? Under what health conditions? Is the “intermittency” factor that delivers the best benefits?