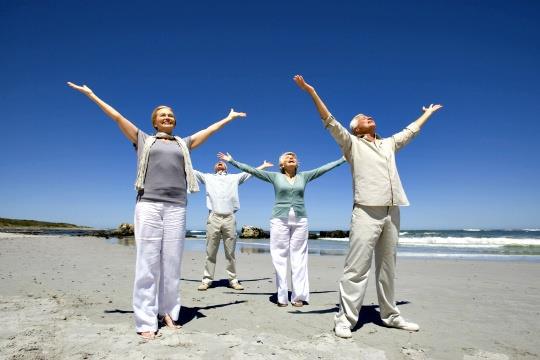 It should also be noted that, in the experimental context, caloric restriction is defined as “reduced food intake without malnutrition”. In other words, nutritional interventions imply a 10-40% reduction in daily caloric requirements in which only calories, and not nutrients, are restricted (in most controlled studies this is ensured with vitamin and mineral supplementation) (Kitada & Koya, 2013b; Robertson & Mitchell, 2013). This notion is important! Caloric deficit does not imply nutrient deficit and caloric surplus does not imply that nutrient requirements are met. Intermittent fasting will be no more than an alternative method of calorie restriction in which food intake is restricted for a certain period of time (usually 16 to 24 hours) followed by an unrestricted intake period and has been touted as producing beneficial health effects similar to more constant calorie restriction protocols (Martin, Mattson, & Maudsley, 2006; Robertson & Mitchell 2013).

Part 1
Should we accept being “sick” just because we get older?

It is recurrent to hear that the disease is something that “comes with the age package.” In fact, getting older is a drag! The general perception of a progressive decline of all our capabilities as we age is, unfortunately, not an illusion. There are several theories about aging. While certainly a very interesting topic, a detailed description of the various theories of aging is not the purpose of this article. These are some of mechanisms underlying the aging process which are generally pointed out as the main ones:

Very well, getting older is inevitable! We already know that. However, if we give it a little thought, all the mechanisms mentioned have an environmental root, that is, we can, to some extent, control them through decisions that we make every day. Namely decisions about what we eat and how we move. And this is good news! It is in fact in our hands to slow down the process of senescence and prevent the onset of the so-called ‘’age-related diseases’’. Note that if for us (Westernized world) it is statistically “normal” to grow old with diabetes, hypertension, cancer, dementia, sarcopenia, osteoporosis, cardiovascular disease, insulin resistance, obesity and chronic inflammation (because the population studied incurs in a lifestyle that leads to disease), in other contemporary (non-Westernized) populations such diseases are rare or even non-existent. In this context, I invite the reader to consult what I consider to be one of the best books I know about nutrition and lifestyle, and its relation to the incidence of so-called “Western” diseases: Food and Western Disease: Health and Nutrition from an Evolutionary Perspective by Staffan Lindeberg. In fact, if we want to aim at maximizing health and lifespan potential, we should not just look at what is ‘’normal’’ in a given population, because that may be a sick population. Rather, we should look for what is “biologically normal” for a human being! A species that is designed (evolutionarily) to deal with a range of environmental stimuli that include certain levels of physical activity, nutrition, sun exposure and sleep. And, although aging is a normal process, it should not be “biologically normal” to age with chronic disease.

In this context, the Okinawa Centenarian Study is also frequently cited. The Okinawan population has the highest ratio of (healthy) centenarians on the planet (50 / 100,000 vs 10-20 / 100,000 in the USA) and as such is of greatest interest to study the factors that potentiate this kind of longevity. One of the factors identified (in addition to an appreciable level of physical activity and social interaction) was the fact that populations over 70 eat about 11% of calories below (about 1785kcal / day, which is a very moderate level of calorie restriction) than would be recommended for maintaining body weight (according to the Harris-Benedict equation), however on a nutrient-rich diet (Wilcox et al., 2006).

What we can do to live longer and better is one of my main interests. As I mentioned, our choices regarding the type of exercise, food we eat and other lifestyle factors can affect how long we live and, perhaps most importantly, how healthy and functional we live. In Part 2 of this article I will discuss some mechanisms by which nutritional interventions such as calorie restriction or intermittent fasting can lead to health benefits. And in Part 3 I will address the possible implications and practical applications of the practice of calorie restriction or fasting, as well as which populations can benefit most from these nutritional strategies and whoshould avoid them.