STRENGTH TRAINING AS YOU GET OLDER: LIGHT OR HEAVY? 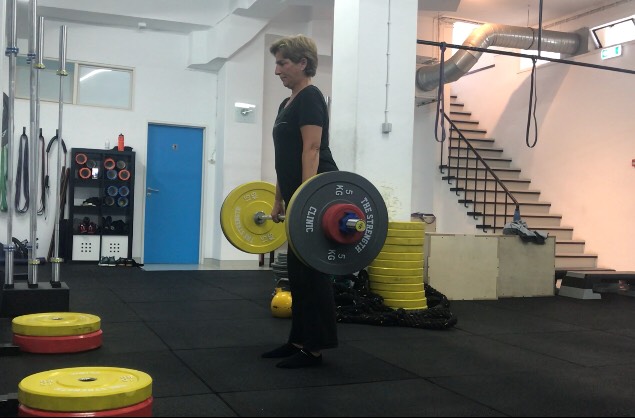 Strength training has been recognized as the strategy of choice to stay more functional and live longer. The benefits of strength training are in fact ubiquitous and positively affect the various biological systems that tend to decline with age, namely systems related to neuromuscular, cardiovascular and cognitive functions.

It has been observed that strength training programs in which the included exercises are performed at higher intensities (> 80% of maximum intensity) or with lighter loads but performed explosively tend to produce better results compared to training protocols where exercises are performed at lower intensities and / or non-explosively (Mendonça et al., 2016a). The magnitude of the load used (i.e. heavy or lighter but performed explosively) are especially relevant for older populations. Why? Because aging is associated with the loss of Type II muscle fibers, which are responsible for producing maximal strength (e.g. lifting a weight and not being able to lift it again in the next minutes or hours) or as explosive strength (e.g. moving an object or your own bodyweight at maximal speed). Now, the overwhelming majority of daily life movements are ballistic in nature (i.e. fast, short duration movements) and often for the purpose of moving relatively heavy objects for a short period of time. Therefore, it is not surprising that a training program that includes exercises that imply moving heavy loads and / or loads moved explosively is more effective in “preparing” people for everyday activities.

Training at higher intensities in a training program based on fundamental movement patterns (squatting, pushing, pulling, loading and lifting objects off the ground) makes people less vulnerable to falls and “tweaks”, and at the same time more able to recover from such incidents should they occur.

Train hard and smart! A structured training program that respects the principle of progressive overload is more valuable than a program that always keeps you within the comfort zone. Be as active as you can get during the day but IF TRAINING AT GYM DO NOT WASTE YOUR TIME, AND REALLY TRAIN! Seriously, it works!