THE IMPORTANCE OF STRENGTH TRAINING IN TENNIS 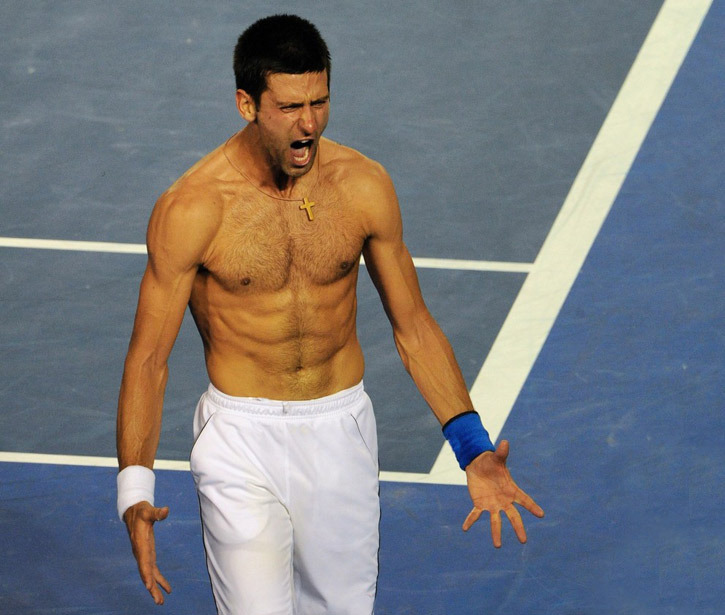 In tennis, strength is used to generate speed, power and endurance. It is impossible to have agility, speed, power, a developed anaerobic system, and flexibility / mobility without optimal strength levels (Verstegen, 2003). Strength training is also critical to prevent injury. Because tennis is a sport that involves many repetitions of movements of unilateral features, it is conducive to developing muscular imbalances which significantly increase the likelihood of injury. In tennis, the highest incidence of injuries is in the shoulders and back, followed by injuries in the elbows, knees and ankles (Kibler & Chandler, 1994). Thus, specific strength training for tennis is essential to maintain or restore proper muscle balance.

The definition of force based on its purely mechanical concept consists of any cause capable of modifying the state of rest or motion of a body, consisting of a vector with a given magnitude and direction. It is the product of mass by acceleration (F=m*a). Although this definition of force is unanimously accepted, it hardly illustrates the different components of muscle strength. That is, if we understand muscle strength as an essential component for the development of motor skills which consists of the ability to apply force to overcome resistance (O’Sullivan & Schmitz, 1998).

Why Strength Training in Tennis?

A strength training program in the context of tennis should aim at developing “highly innervated muscles with an explosive ability” so that players can serve with greater speed, so that they can put “more weight” on the ball (due to an improved use of ground reaction forces), so that they can cover more area on court (because they are more agile and fast), and so that they feel as if they “float” on the court the whole day and week (Verstegen, 2003). It is important though to dispel some myths regarding strength training, namely that this type of training will make players slower, less agile or tight. Only poorly designed strength training programs will lead to this. In fact, several studies show that amongst Olympic athletes, weightlifters are those displaying the highest levels of power and are second best (after gymnasts) regarding flexibility levels (Jensen & Fisher, 1979).

Specifically in tennis, it has been shown that strength training strengthens the immune system (thus protecting the player from injury and illness), and is often pointed to have a positive psychological effect on players, since it appears to be coupled with an increase in levels of self-confidence during matches (Folkins & Sime, 1981; Tucker, 1983), as out of the game (Folkins & Sime, 1981).

The Various Types of Strength and Its Application in Tennis

Table 1 specifies the ideal characteristics of strength training in tennis for the various stages of development according to the Long-term Athletic Development model (Balyi & Hamilton, 1999).

In short, a strength training program should consist of integration of stability and recovery / corrective exercises, together with strength work of both maximal and explosive  characteristics, as well as court work focusing strength components such as speed, agility and power.